Revisionist Vygotsky – Save your money! 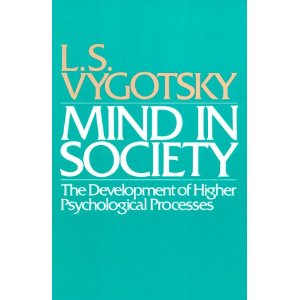 January 4, 2009 – This reissue of a 1978 reprint is supposedly a collection of Russian psychologist Vygotsky’s essays (he died in 1934) as translated from the Russian by A.R. Luria, one of his students.
The “editors” claim that after a cursory study of Luria’s translations “we came to believe that the image of Vygotsky as a sort of early neobehaviorist of cognitive development – an impression held by many of our colleagues- was strongly belied by these two works.”

Nice. A cursory study is able to strong belie widely held impressions that are based on decades of studying Vygotsky’s own 1934 book Thought and Language, among his other works. One has to wonder at the degree to which revisionism is taking place when the editors state in the preface:

Hmmmm. Will the real Vygotsky please stand up!
Save your money and first get Kozulin’s version of “Thought and Language.” One must question the amount of trustworthy scholarship in “Mind in Society.”

This entry was posted in Education - K-12, Learning and Education, Reviews. Bookmark the permalink.