What has been the experience of others who have had tuition-free medical schools?  Indelible memories of a trip south may have predictive value.

As Chief of Bioengineering for the University of Texas Cancer Research Center, Anderson Hospital in Houston, I had been asked by the Pan American World Health Organization (PA-WHO) to consult with the University of Buenos Aires (UBA) Medical School on a problem they were having with their computer analysis of data in a large multi-national study of the economic effects of malaria epidemics. 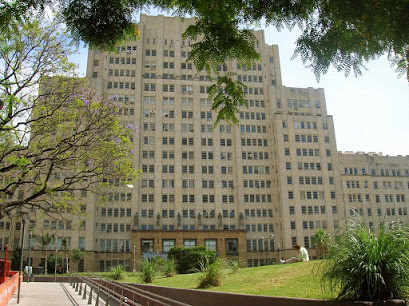 I was given a Diplomatic Visa with all travel and expenses for three weeks in this marvelous city and was told that I would be met at the airport by Dr. Alonso to get me settled.  Heady stuff for a 31-year old kid from the country.  (I’m still a kid, but those kinds of trappings don’t impress me anymore.)

Dr. Alonso met me at the airport after an endless flight from Houston to Miami to Caracas to BA.  Back then we all wore jackets and ties when traveling, and I was rumpled and worn out – wanting only a nap at my hotel.

Dr. Alonso explained, however, that the first order of business was to pay my respects to the President of the Medical School and to receive my official charge as a consultant from him.  With my Diplomatic Visa, I breezed through customs, threw some water on my face, pulled up my tie, and marched dutifully to his Mercedes in which he whisked us to the medical school – a magnificent huge structure overlooking a beautiful park in central BA. 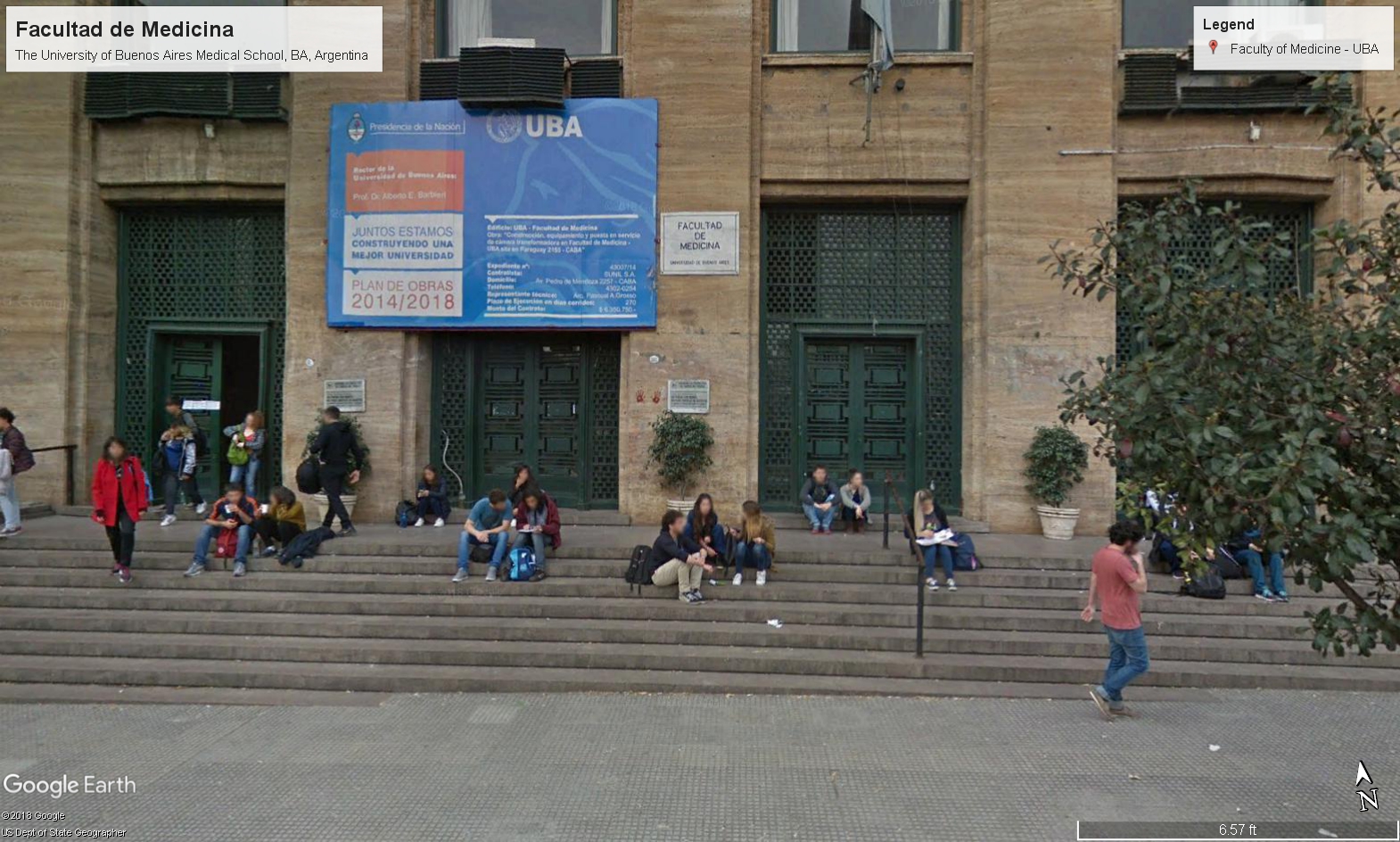 We entered through huge doors opening into a rotunda with magnificent circular stairs on each side leading up to an opulent mezzanine from which we went into the office complex of the President.  The whole thing was marble and granite and was almost up to par with some of our most impressive buildings in DC.

I met briefly with the President and had a cup of tea or mate or whatever they drink and managed to avoid yawning in his presence.

Now over the jitters of having to meet his excellency, I noticed upon leaving that workman were installing very elaborate, heavy bronze floor-to-ceiling doors at the tops of the mezzanine staircases. And walking down the stairs, I noticed a number of pocked chips in the marble walls.

Wishing to be complimentary, when we got in the car headed to my hotel I mentioned to Dr. Alonso how grand the new doors at the top of the mezzanine were.  He acknowledged them and said they were being installed at the building’s entrances as well.

He went on to explain that UBA Medical School had always been tuition free with every one being admitted who applied.  As a result of this practice, there were so many doctors in Argentina that they made less money than the nurses or even taxi drivers.  But still they applied and that many foreign citizens came to UBA hoping to cash in on the free tuition.

In an effort curb the ever-increasing enrollment, the President had recently suggested that entrance exams be instituted to screen out some of the less capable applicants. 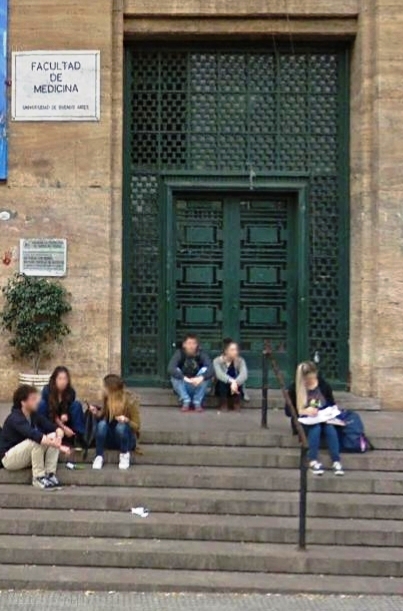 Dr. Alonso continued in his mild, matter-of-fact tone and informed me that the students had rioted, sieged the med school, and attacked the President en masse with submachine guns and grenades – this, at his mere mention of entrance exams!  Fortunately for the President, he had not scheduled an appointment with the students and was not in his office.

Recall that Peronism fostered well-armed groups on both the left and right from 1955 through Peron’s death in 1975 and even afterwards to today.  And the new doors I saw being installed 1972 are there today and appear, in the recent Google Earth picture, to be well-maintained.

Argentinians love Americans, and I am sure the current President of the UBA Med School would be happy to share the designs of his doors with NYU’s President or Governor Cuomo if they asked.

This entry was posted in Education - Post-secondary, Learning and Education, Politics, Uncategorized. Bookmark the permalink.