The following is an excerpt from Judge Thomas’ Feb. 13, 2001 Boyer lecture at the American Enterprise Institute’s Annual Dinner.  His lecture was entitled “Be Not Afraid,” and he addresses our tendency for self-censorship. 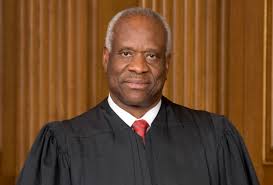 “This tendency [for self-censorship], in large part, results from an overemphasis on civility. None of us should be uncivil in our manner as we debate issues of consequence. No matter how difficult it is, good manners should be routine. However, in the effort to be civil in conduct, many who know better actually dilute firmly held views to avoid appearing “judgmental.” They curb their tongues not only in form but also in substance. The insistence on civility in the form of our debates has the perverse effect of cannibalizing our principles, the very essence of a civil society.

That is why civility cannot be the governing principle of citizenship or leadership. As Gertrude Himmelfarb observed in her book, One Nation, Two Cultures, “[t]o reduce citizenship to the modern idea of civility, the good-neighbor idea, is to belittle not only the political role of the citizen but also the virtues expected of the citizen—the ‘civic virtues,’ as they were known in antiquity and in early republican thought.”

These are the virtues that Aristotle thought were necessary to govern oneself like a “freeman”; that Montesquieu referred to as the ” spring which sets the republican government in motion”; and that the Founding Fathers thought provided the dynamic combination of conviction and self-discipline necessary for self-government.

Gertrude Himmelfarb refers to two kinds of virtues. The first are the “caring” virtues. They include “respect, trustworthiness, compassion, fairness, decency. ” These are the virtues that make daily life pleasant with our families and those with whom we come in contact.

The second are the vigorous virtues. They include courage, ambition, and creativity. These heroic virtues “transcend family and community and may even, on occasion, violate the conventions of civility. These are the virtues that characterize great leaders, although not necessarily good friends.”

She notes that the vigorous virtues have been supplanted by the caring ones. Though they are not mutually exclusive or necessarily incompatible, active citizens and leaders must be governed by the vigorous rather than the caring virtues. We must not allow our desire to be decent and well-mannered people to overwhelm the substance of our principles or our determination to fight for their success. Ultimately, we should seek both caring and vigorous virtues—but above all, we must not allow the former to dominate the latter.

Again, by yielding to a false form of “civility,” we sometimes allow our critics to intimidate us. As I have said, active citizens are often subjected to truly vile attacks; they are branded as mean-spirited, racist, Uncle Tom, homophobic, sexist, etc. To this we often respond (if not succumb), so as not to be constantly fighting, by trying to be tolerant and nonjudgmental—i.e., we censor ourselves. This is not civility. It is cowardice, or well-intentioned self-deception at best.”