Posted on April 4, 2017 by bakeramitchell

The purpose of language is to convey ideas. Whether written or spoken, our use should maximize clarity. 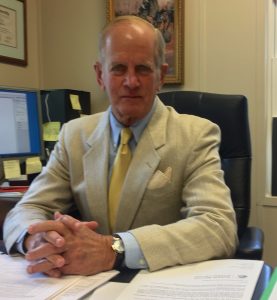 Words’ definitions are basic standards that help ensure the ideas received are the ideas that are transmitted.  Also at this most basic, foundational level, grammatical rules exist to establish shared, common understandings of the relationships among words.

Some rules, however, are constantly in dispute, such as the claim that one should never end a sentence with a preposition.  The internet is replete with arguments for and against this rule – or not-a-rule, if you prefer.  This rule is both supported and refuted by relying on authorities, on popular opinions, on vanity, and on rational argument.

But the final arbiter of whether or not to end a sentence with a preposition should not be based on its status as a grammatical rule but upon its impact on conveying understanding. So what are some characteristics of sentences that are acknowledged for their effectiveness?  A line from a Frost poem is illustrative.

“Something there is that doesn’t love a wall,” is Line 1 from Frost’s famous “Mending Wall.”

“Something” introduces the mystery at the very beginning.  He could have written, “There is something that …,” but in that form the “something” is buried in the sentence and loses impact.

“[W]all” ends the line to leave the main idea firmly in the reader’s mind.

So Frost gives us at the very beginning an undefined “Something” (wham, a mystery to kick things off) and leaves us at the end with the mystery’s object, a “wall” (and don’t you forget it).

In his poem, “whose woods” and “I know” are most important and come first and last, not “I think”  and “these are” – rather weak phrases that impart little important meaning.

So I claim to appeal to a higher standard – that of looking “Toward Clarity and Grace,” to borrow Joseph Williams’ title. The end of a sentence should be like not the tasteless mush of a preposition but like the lingering taste of a memorable dessert.

“Where are my keys?” one should say to indelibly establish “keys” as the most lasting memory with the listner.  To say “Where are my keys at?” pushes “keys” back into the interior quagmire of the question and leaves the listener with a meaningless “at” standing in the way of exploring back to the real object – the missing keys.

It seems very clear to me; I just cannot understand what this controversy is about.

This entry was posted in Education - K-12, Learning and Education, Uncategorized and tagged frost, grammar, prepositions. Bookmark the permalink.