Some of you have asked, “So Professor World-Renowned Biocomputer Expert, what was the problem with the malaria study that got you a three-week trip to  the University of Buenos Aires Medical School – courtesy of the Pan American World Health Organization?” 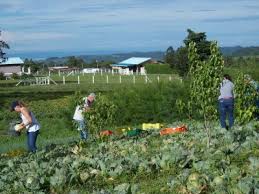 Well, they had spent several years collecting tons of data on the economy of the subsistence farmers in Central America – principally in Panama. The Buenos Aires Medical School had the task of inputting the data and doing the computer analysis.  The problem was that the analysis showed that, when when the countryside was wracked with a malaria epidemic, the the economy for these farmers boomed.

Everyone knew that conclusion could not be correct so they brought in a hired gun, yours truly, to find the bug in the computer analysis – whether hardware or software.

Luckily the trip was scheduled after – not during – a massive student revolt and machine gun attack  on the Med School President, and I was able to get right done to business on the day after my arrival. [See http://bakeramitchell.com/2018/08/18/nys-free-medical-school-tuition-good-correct/ ]

My first meeting was with the computer engineers, programers, and analysts in charge of the computer facility who did the computer side of the study.  In about two minutes talking with these guys, I knew there was nothing wrong at their end; they were as talented and sharp as any group I had ever met – including my own group back at the University of Texas in Houston. At least if they could not find the glitch, I sure was unlikely to find it.

With 20 days left on my consulting gig, I asked and received  copies of the programs and data printouts which I planned to dutifully take back to my hotel.  Several of the engineers offered to take me to dinner. I agreed and asked  where and when  to meet They gave me the address and said to meet about 10:30.  Clarifying that they were not referring to an early lunch, I headed back to my hotel, data in tow, for lunch and a long nap.

I was afraid that I would have to bluff my way through two more weeks of meetings as I floundered to find the bug; but I soldered through until Friday, when the President asked that I report in.  What to do?  The computer group had done a masterful job and the data input, the analysis program, and the output all seemed to flawlessly prove that malaria was the answer to poverty.

Thankfully the President wanted to see the giant computer facility which spared me from the possibility of another student attack on His Excellency.  Grasping at a straw, I explained that in any situation like this, one had to begin the investigation at the very beginning – with the clip-board armed data collectors in Panama.  And since they were not available, I might not be able to resolve their problem in the two weeks left on my visit.

“To the contrary,” the President declared.  “I sent our own graduate students to Panama to collect the data and most are still around so you can interview them next week.  I’m sure they will be happy to tell you all about it, because after we discovered  the computer glitch they have been largely ignored.”

[Gulp]  Now the Texas genius had no excuses left.  Instead of being able to bluff my way through the next two weeks and blame failure on not being able to talk to the data collectors, I had either stepped into a trap of my own making or had discovered the pot of gold that was the source of the answer.

For the interviews, I asked that they bring copies of their actual data forms. I could not decide whether it would be best to interview each collector separately or as a group. I planned to start with the first several separately and if it seemed consistent, then finish up in a group discussion.

Big whoop!  As the interviews were being set up, the collectors first learned of the existence of the perceived problem and the elusive computer glitch. The first collector I interviewed had all the answers.

In subsistence farming, she explained, the male head of the family runs the farm; and his wife and children work alongside him under his direction in the fields growing food for them to eat with perhaps a little left over for barter in the town market.

A malaria epidemic predominantly strikes the male, and he is unable to work in the fields.  His wife and kids then abandon the fields and switch to weaving baskets or hats and carving trinkets to sell  to the tourists – for cash money as we say here. With which they buy the food they need.

So malaria shifts production from a non-cash agricultural undertaking to  cash-rich cottage-based manufacturing.

The data collection focused on cash revenue and hours worked by the members of the family. In the pre- and post-epidemic phases the whole family was working but there was little cash revenue. During the epidemic one or more family members were unable to work, but there was a cash-flow stream from the craft products produced by the healthy members.

So the computer output was correct: malaria does indeed boost productivity and cash for a flourishing economy. No computer bug. No hardware glitch.  Just shoddy design by the ivory-tower statisticians for the study that ignored the fact that subsistence agriculture transactions have little or no cash involved.

I gave a few lectures on what we were doing with computers in the US and put off the President by promising him that he would have my report with my findings within three weeks of my returning home.  Needless to say, PAWHO never offered me another consulting job.  But BA is a fabulous city – maybe the most fabulous city I have ever visited.