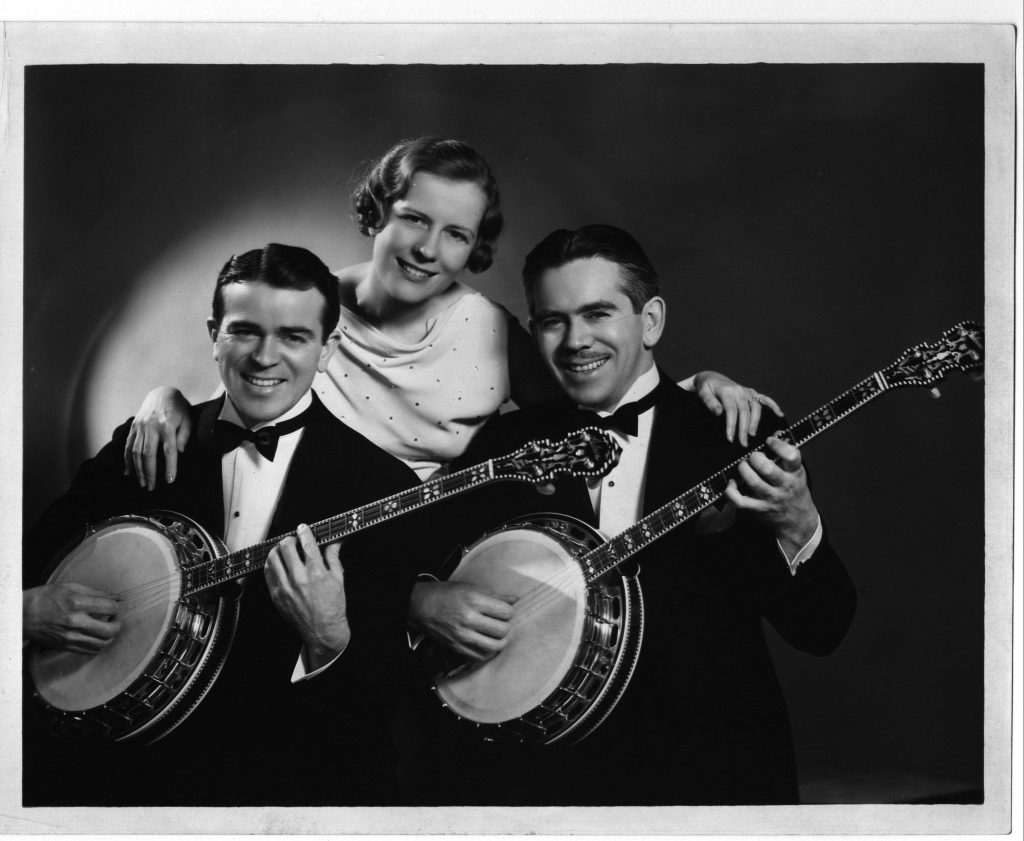 This page is a curated repository of stories about vaudeville and my two uncles John and Bill Mitchell.  John and Bill were “big time” jazz banjoists who played the Keith circuit until the collapse of vaudeville in 1930.  They then formed a country and western act with Carson Robison called the “Pioneers” which toured Europe in 1932 and again in 1935.  They then had a regular radio program as the Pioneers until the middle 1940’s.

As a summary of Vaudeville and of John and Bill’s historic tours throughout the United States and Europe, I have combined several articles into a single piece where you can get a fast introduction to the times and their roles in the entertainment industry.

This is a work-in-progress … to be continued with songs, sheet music, etc.