Posted on April 7, 2011 by bakeramitchell

Some legislators wanted to enact a law that would make charter schools independent of the State Board of Education (SBE).  After all, that was the reason for charter schools in the first place…North Carolina’s K-12 education system under the SBE has been a dismal failure despite heroic efforts by many teachers and administrators.

According to government data, NC ranks 46th in graduation rate, 3rd in expulsions, the instruction techniques taught in the state’s ed schools are failing our miniority and low-income students, and our teacher preparation is graded a “D” by the National Council of Teacher Quality.  All overseen by the SBE.

But when the legislators wanted to allow charters to operate without answering to the SBE and its failed policies, the SBE threatened a lawsuit on constitutional grounds.  They want to maintain their strangle hold on charters, and their suit was to be based on Article 9 Section 5 which states:

Sec. 5.  Powers and duties of Board.
The State Board of Education shall supervise and administer the free public school system and the educational funds provided for its support, except the funds mentioned in Section 7 of this Article, and shall make all needed rules and regulations in relation thereto, subject to laws enacted by the General Assembly.

The mighty North Carolina House and Senate – 170 elected representives – demured without even a whimper to the 11 appointed members of the State Board of Education (SBE). The 170 have skipped out on their duty to the people under the mumbled threat of a legal challenge to their proposed law by the 11 appointees who say that Section 5 requires them to “supervise and administer” everything, regardless of the law.

The General Assembly of 170 elected representatives is conceding its power without an argument to the 11 appointees. The GA says that the ending phrase of Sec. 5 after the comma may be construed by a judge to apply only to the last part of the predicate and not to the subject and sentence as a whole.  And, my goodness, we wouldn’t want any disagreements in Raleigh, would we! Can’t we all just get along?

One wonders why the GA bothered to pass the 350 pages of GS 115C if its 170 elected members concede that it is powerless to stop the jugganaut of 11 appointees at the mere hint of a concocted constitutional challenge,  Why does the SBE willingly supervise and administer subject to these laws enacted by the GA but threaten suit in the case of another proposed enactment.

Our education system impacts 1,500,000 children and spends over half our state’s revenue – $11 billion or so.  As mentioned, it ranks 46th in the nation in high-school graduation rates and 3rd in expulsions and suspensions.  Over half our minority males never graduate from high school and 25,000 children drop out of school every year.

Who utmately controls this currently non-functioning behemoth? The SBE or the GA? The answer to this question is important, and we should not be skipping out on a final resolution to the issue through fear of what a judge might rule.

But a layman’s analysis could be interesting…

YT is not a judge. YT was not even an English major.  He are a injunear and messes with compooters; but he did have some of the meanest high-school English teachers on the planet 55 years ago. References to several (more recent) textbooks reveal the following.

Participles modifying the subject may be placed at the beginning (P, S V) of a sentence, between the subject and verb (S, P, V) of a sentence, or at the end of a sentence (S V, P). It is always set off by one or two commas.
[The intent of amending the constitution in 1971 by adding this participle phrase was to place the SBE under the GA. The phrase could have been placed in any of the three positions without changing the intent. ]
Non-restrictive phrases are also set off with commas, but the rule is that non-restrictive phrases can be removed entirely without changing the meaning. Because all words in a constituion must be construed to have meaning, it doesn’t follow that the phrase was intended to be non-restrictive and thus could be removed. If the intent was to only modify the last verb phrase, then the comma would have been omitted making it a restrictive phrase modifying only the last verb phrase.

Decide for yourself.  And maybe a judge would disagree, but we at least should have the opportunity to find out if the SBE is subject to the GA.

And here’s another example for all you donkeys…

ARTICLE IX
EDUCATION
Section 1.  Education encouraged.
Religion, morality, and knowledge being necessary to good government and the happiness of mankind, schools, libraries, and the means of education shall forever be encouraged. [From the Northwest Ordinance of 1787. YT]
…
Sec. 4.  State Board of Education.
(1)        Board.  The State Board of Education shall consist of the Lieutenant Governor, the Treasurer, and eleven members appointed by the Governor … Appointments shall be for overlapping terms of eight years.
…
Sec. 5.  Powers and duties of Board.
The State Board of Education shall supervise and administer the free public school system and the educational funds provided for its support, except the funds mentioned in Section 7 of this Article, and shall make all needed rules and regulations in relation thereto, subject to laws enacted by the General Assembly. 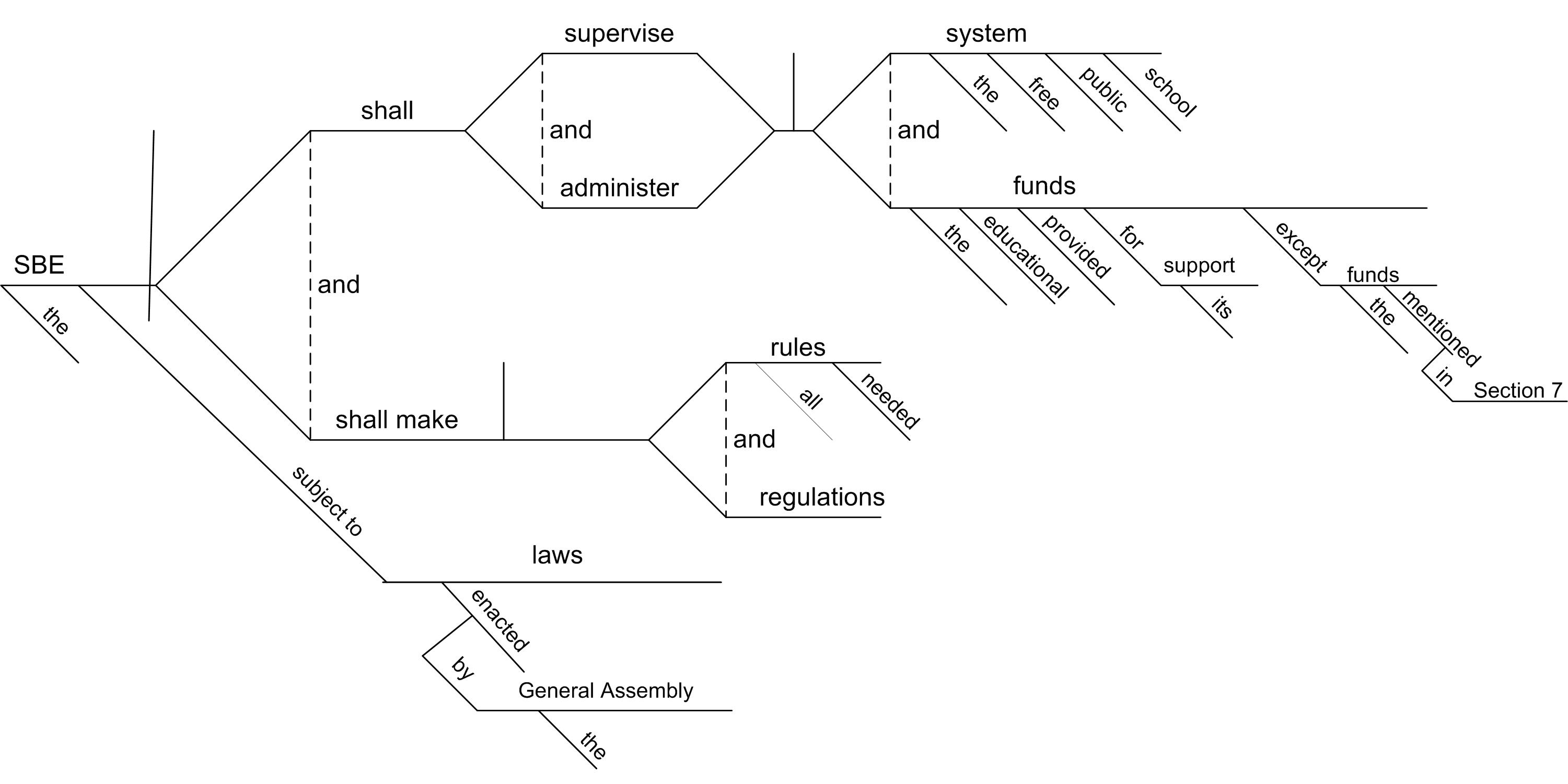 This entry was posted in Politics - NC. Bookmark the permalink.