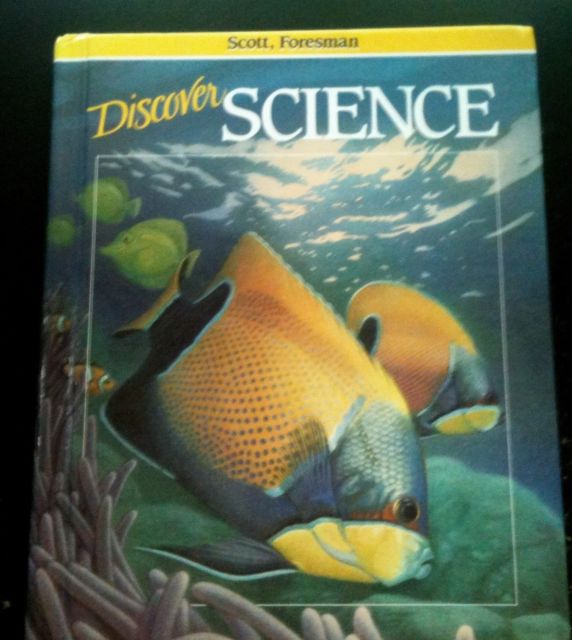 Intended Setting:  The intended setting is a Texas classroom of thirty retarded, good-humored, English-speaking orphans of rich Europeans who will soon return to their native countries of France, Italy, and Belgium and become neo-impressionists supported by the state and family wealth.

The eight authors, nineteen consultants, and forty-one reviewer/consultant-specialists (one of these 68 people is actually a scientist -PhD, biology)  state the first two of the above-mentioned setting attributes (Texas, thirty students). The remaining attributes may easily be inferred from examining the texts and the teacher’s annotated edition.  For example, the ounce, pound, inch, foot, yard, pint, quart, and gallon are never mentioned in the entire six years of student texts.  Mysteriously, dollars and miles are occasionally mentioned but these occurrences are undoubtedly the fault of some careless editor.  The Newton – that ever-so-handy metric unit of force – is mentioned once.

Rationale: One inferred rationale for this series is to screen the school children for seers, oracles, and prophets.  For example, “Life Science” – the most complex of the sciences – is presented first and constantly refers to concepts such as pH, sodium chloride, soil properties, and CO2-02 cycles.  These basic topics are then covered more than a hundred pages later in the sections of “Physical Science” and “Earth Science.”  In “Physical Science” the chemistry section (discussing ionic electrical bonding on p. 181) precedes the physics section (that covers electrical attractive forces on p. 229).  In the physics section, Newton’s three laws of motion are presented 1, 2, 3 – not 3, 1, 2 as is usually required for non-seers.

Because it has been shown that only 13.1% of Texas students are proficient in math at their grade level, another rationale is to omit mentioning math altogether. For example, although energy is discussed in all sections, it is never defined and the Law of Conservation of Energy – the single most basic of all laws that requires second grade addition and subtraction – is never mentioned.  Nor is energy either defined or quantified because it requires the multiplication of whole numbers (energy = force X distance_moved) – supposedly learned in the third grade.  Despite much talk about conductors and insulators and insulators, Ohm’s Law (voltage = current X resistance) is never mentioned because it, like energy, uses third grade multiplication.  Perhaps sixth graders are deficient in sixth grade math – but in third grade math?  (And maybe using some math in science at each grade could reinforce the math and increase the math proficiency.)

Learning some science is never mentioned as a design goal.

Each grade’s text, on pages 1 – 5, is introduced by a discussion of “Scientific Methods.”  Unfortunately, the essence of the scientific method proposed in the 1200’s by Roger Bacon and used successfully ever since is never mentioned.  (A number of errors appear; one notable example is the statement that the planets move in circular orbits!  Shame on Kepler and his seminal paper in 1605 proving that the orbits are elliptical.)

Objectives: The text contains sixteen chapters averaging about four lessons each. Each lesson states from two to four “Lesson Objectives” making a total of about 12 objectives per chapter. The numbers refer to the Texas Essential Elements – the state mandated contents of any curriculum.

Diagnostic Procedures: There are no entry-level evaluation tests.  Even though the sixth grade text is the sixth is a series, no prior science knowledge is assumed.  The sixth grade text repeats most of the fifth grade material with some additions.  Reading at about the fourth grade level appears to be the only skill required.

The sample chapter tests usually have some questions that cover the objectives, but the tests cover far more than the stated objectives.  The main emphasis is on cognitive skills at the knowledge level (memorization of facts).

Instructional Procedures: A great variety of instructional procedures is called for in the teacher’s edition. Since the emphasis is on “process skills” – observing, classifying, predicting (and how!), collecting data – which are best learned by doing, there are a wide variety of activities to fascinate the 12-year old student.  (Like watching corn seeds grow in a glass with wet cotton – a nice second grade activity, so let’s just keep doing it!) Appropriate to the goal of avoiding all math, not a single quantitative experiment is to be found.

Materials/Media: As if the vapid 547 page text isn’t enough, there is the 650 page teacher’s edition, a work book, and other items sold by Scott, Foresman totaling over 50 pounds of cellulose for each copy of the series.

In the Scott, Foresman “Discover Science Master Lab Kit,” and the “Convenience Kit,” meter sticks, metric tapes, and Celsius thermometers are included. But no scales (of any calibration) for measuring force are included nor are any needed.  No volt meters, ampere meters, or ohm meters are needed, nor are db sound meters nor light meters any of which are readily available for $10 -$15.

In the supplies category, it is noted that each student will use three pieces of graph paper (millimeters) during the entire year!  One cannot help but wonder what these European orphans will think upon returning home to find their native schools use only graph paper notebooks for all science and math – reams and reams of it – what a waste when you only really need three sheets.

Summary: The admonition contained in title of the series “Discover SCIENCE” is apt.  The student will have to discover it, because it certainly is not taught in the texts.  Perhaps the greatest societal benefit of this series lies in its ability to keep the homeless warm on cold winter nights. (Hey buddy, gotta light?)