Posted on April 6, 2011 by bakeramitchell

The original 1-page Senate Bill 8 to eliminate the cap on charter has morphed through about 11 revisions into a 20+ page substitute bill submitted to the house finance committee on 4/6/2011.  It  is a disaster for aspiring applicants, caring communities, and  prayful parents.

So a new charter will face the reduced funding, the 60% closure rule, and the mandated but unfunded food/transportation for kids in families under the median income.

Guess how much creativity and innovation will be risked when the applicant is staring at the 60% closure rule!

Way to go, House.  March right off the cliff. Congratulations. 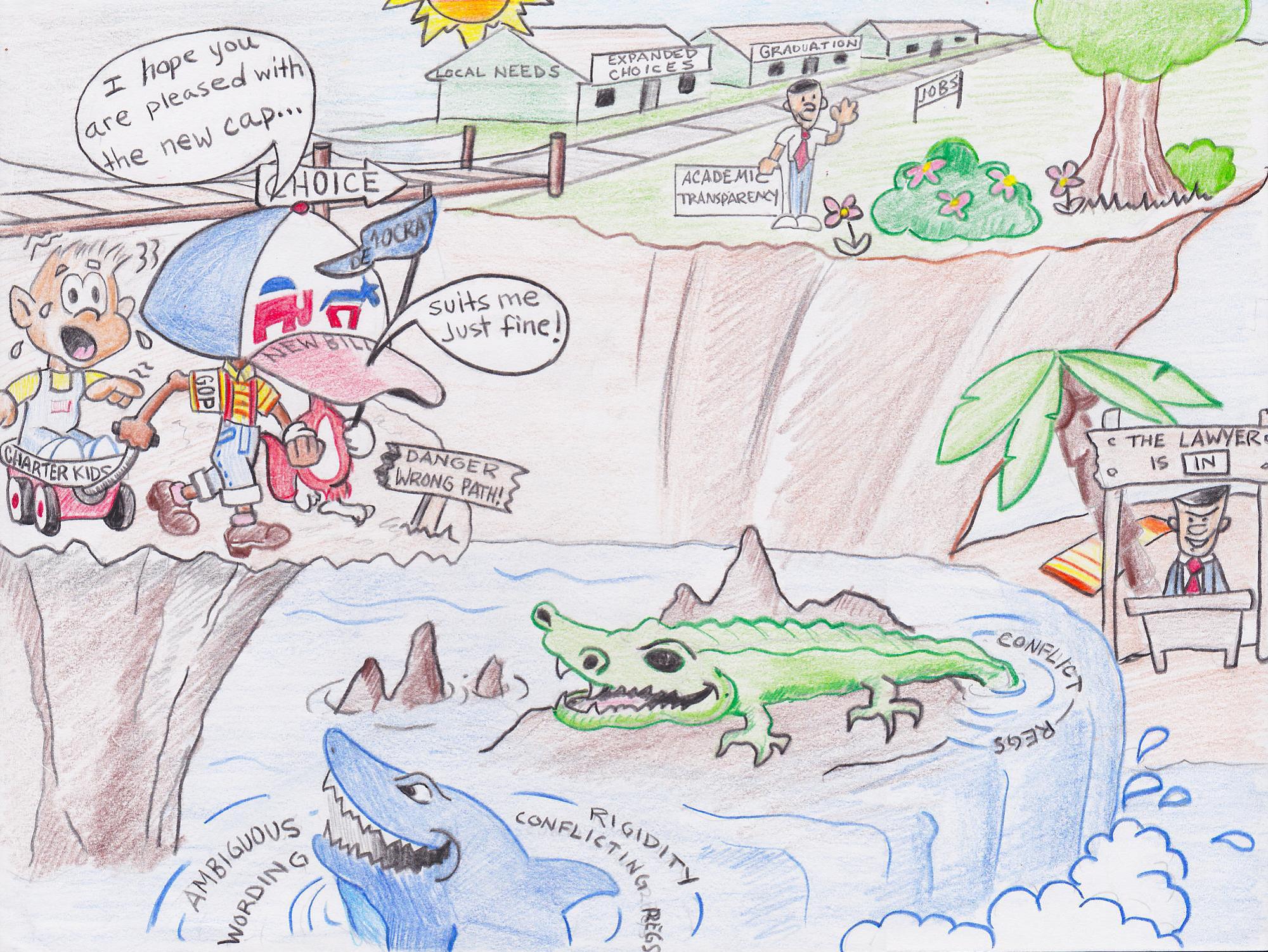 This entry was posted in Education - K-12, Politics - NC. Bookmark the permalink.