USA, be my Valentine!

Posted on February 18, 2019 by bakeramitchell

A slightly belated Valentine to my true love – The USA. 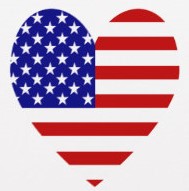 Fear and greed are natural instincts and do not need to be taught. However, the survival of our republic depends upon our loving our country, and the basis for this love must be taught – it is not instinctive.  Our Founders knew this to be empirically true.

During the period when our founding fathers were framing the Constitution, who do you think was the person most frequently quoted by Madison, Jefferson, Adams, Washington, and the other framers?

It was the French lawyer/philosopher Baron Montesquieu (1689-1755) and his book The Spirit of the Laws, published in 1748.  Now why was this work read and studied by our founders?  Who was Montesquieu and what did he do?

Now Montesquieu was not sitting around in his baronial estate dreaming up or speculating about these forms of governments [think Rousseau] or the underlying spirit that animated the citizenry.  Montesquieu actually spent years living in countries that had these various forms.  He lived in the monarchies of England, France, Spain, and others.  He lived in despotic counties, and he lived in the small Italian republics of Venice and Florence.  Additionally, he studied the histories of monarchies and republics such as such the Roman Republic and then its transition and descent into a despotic empire.

In summary, Montesquieu has been characterized as the first sociologist, and his book is based on hard data that he gathered first hand.

So what were the spirits that animated each of the governmental forms?

In despotic regimes, “fear” was the animating force behind the laws and dictates handed down by the despot.

In monarchies, Montesquieu’s animating spirit gets translated as “honor” or rewards handed out by the king to the barons, by the barons to their subjects, and so on.  Greed is perhaps a way to characterize this spirit.

In republics where individual freedoms are paramount, the animating spirit is the collection of “virtues” embraced by the citizenry – principally the virtues of self-restraint and prudence.

Montesquieu now points out that fear and greed are natural instincts for humans, and even animals, that do not require the despot or monarch to teach to the subjects. However, the virtues necessary for the survival of a republic are not  innate human or animal instincts but must be taught.

When virtuous self-restraint is replaced by unconstrained greed in the majority of a republic, the republic will fall.  Only education can prevent this slide from virtue to greed.

Thus, educating the citizen to the necessity of being virtuous is a mandatory condition for sustaining a republic, whereas education is not necessary for a monarchy or despotic regime.

This necessity for a moral education is echoed, even amplified, by Locke.  Both Montesquieu and Locke believed that the family unit was most responsible for devoting the extraordinary care and attention that was required to produce adults capable of self-governance.

Here is how Montesquieu summarizes his findings.

“CHAP. V.: Of Education in a republican Government.

IT is in a republican government that the whole power of education is required. The fear of despotic governments naturally rises of itself amidst threats and punishments: the honor of monarchies is favored by the passions, and favors them in its turn: but virtue is a self-renunciation, which is ever arduous and painful.

This virtue may be defined the love of the laws and of our country. As such love requires a constant preference of public to private interest, it is the source of all private virtues; for they are nothing more than this very preference itself.

This love is peculiar to democracies. In these alone the government is entrusted to private citizens. Now, government is like everything else: to preserve it, we must love it.

Has it ever been heard that kings were not fond of monarchy, or that despotic princes hated arbitrary power?

Everything, therefore, depends on establishing this love in a republic; and to inspire it ought to be the principal business of education: but the surest [44] way of instilling it into children is for parents to set them an example.

People have it generally in their power to communicate their ideas to their children; but they are still better able to transfuse their passions.

If it happens otherwise, it is because the impressions made at home are effaced by those they have received abroad.

It is not the young people who degenerate: they are not spoilt till those of maturer age are already sunk into corruption.”

A little later he states:

“VIRTUE in a republic is a most simple thing; it is a love of the republic; it is a sensation, and not a consequence of acquired knowledge; a sensation that may be felt by the lowest as well as by the highest person in the state. When the common people adopt good maxims, they adhere to them steadier than those we call gentlemen. It is very rare that corruption begins with the former: nay, they frequently derive from their imperfect light a stronger attachment to the established laws and customs.”

Now I would suggest that certain “ladies” and “gentlemen” have been busy trying to convince the “common people” that the maxims adopted in the past are not good and have not led to good results.  Therefore they argue that both the maxims, as well as the government that allowed them to come into being, must be changed.

Montesquieu and Locke both agree that sustaining a republic depends on sustaining a love for the laws and for the country; and to inspire this love ought to be the principal business of education.

So is it the business of education to inspire a love of the laws and the country?  Many would argue against this goal and that adopting such a goal can lead to conditions just as intolerable as losing the republic.

The correct position for an educator is to first teach the students to become independent learners by becoming proficient in both reading and mathematics. Secondly, to accurately teach the history of our culture so that it is clear how we got to our present condition and how that compares to others states.  Prudence can be observed only through the lens of history.  In addition to the historical facts, this comparison requires teaching the rules of logic and reason.

We should be confident that truth in historical exposition subjected to analysis by logic and reason will result in an admiration and love of our constitution and country.

This entry was posted in Education - K-12, Education - Post-secondary, Learning and Education, Uncategorized. Bookmark the permalink.